If this is not a cover-up, I don't know what one is:

CIA operatives have now confirmed that they were told by the Obama Administration to hold back and not come to the rescue of Ambassador Chris Stevens or the other 3 USA officials butchered in Benghazi Sept 11,2012.rescue
John Christopher Stevens was an American diplomat and lawyer who served as the U.S. Ambassador to Libya from June 2012 to September 11, 2012. 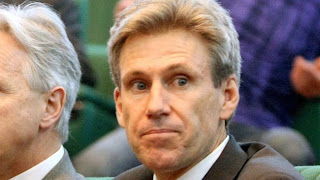 After American diplomatic facilities in Libya came under sustained assault by militia forces, the Obama administration – including the president and Secretary of State themselves – spent days insisting that the attacks were a spontaneous reaction to an obscure YouTube video that insulted the Muslim prophet Muhammed.
The intelligence community was incensed at what some called a “cover up” of the administration’s mishandling of the situation.
As more information trickled out, the administration was eventually forced to admit that the attacks that claimed the lives of Amb. Chris Stevens and three other Americans were acts of terrorism.
But the “cover up” hasn’t stopped there. Information continues to emerge suggesting poor preparation for the anniverary of the September 11 terrorist attacks, and potential disregard for the safety of personnel there. Stevens requested a prolonged stay for a 16-member security detail there, for instance, but that request was denied.
The Obama administration owes the American people a full, honest explanation for its actions in Libya. Its rhetoric does not match reality, as Heritage’s new video indisputably shows. 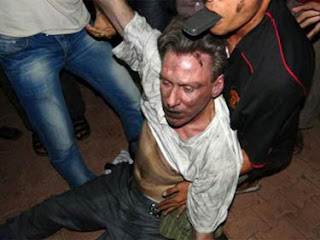 An Incriminating Timeline: Obama Administration and Libya
The latest incriminating information on the U.S. consulate attack in Benghazi, Libya indicates that the State Department turned down a request for additional security from concerned U.S. embassy staff.
New evidence shows there were security threats in Libya in the months prior to the deadly September 11 attack that killed U.S. Ambassador Christopher Stevens and three other Americans. Despite these threats, the State Department left its personnel there to fend for themselves.
And when the terrorist attack did take place, the Obama Administration peddled the ridiculous story that an offensive, amateurish, anti-Islam YouTube video was to blame in order to avoid characterizing the murders of four Americans as terrorism.
On October 2, a letter was sent to Secretary of State Hillary Clinton from House Oversight and Government Reform Committee Chairman Darrell Issa (R–CA) and Jason Chaffetz (R–UT), Chairman of the National Security, Homeland Defense and Foreign Operations Subcommittee. The letter detailed 13 known security threats against U.S. facilities in Libya in the six months prior to September 11.
On October 10, the committee will hold a hearing on events in Libya and seek answers from the State Department. Also on October 10, The Heritage Foundation will host a public panel discussion on the events in Libya titled, “Intelligence and Security Failure: Attacks in Benghazi and Across the Middle East Reveal Ongoing Threat of Terrorism.”
To help our readers follow the path to tragedy on September 11 and its aftermath, below is a chronology of key events:
April 6: IED thrown over the fence of the U.S. Consulate in Benghazi…
READ MORE HERE…
Posted by Unknown at 1:36 PM