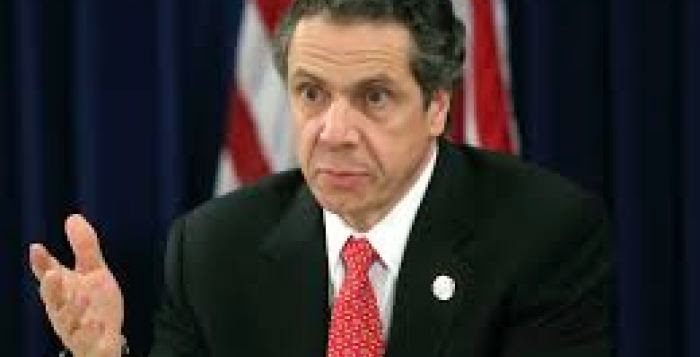 Here is a view into what Governor Cuomo really thinks. On a radio program Gov. Cuomo called people who support 2nd Amendment rights “pro-assault weapon” and said they were “extreme conservatives” who have “no place in the state of New York”. Sounds like if he had his druthers there would be no freedom of speech for people who oppose his views doesn’t it? Once again we see how Liberal/Progressives don’t want to compete in the arena of ideas but instead want to just eliminate all opposition to their agenda.
From AmmoLand.com:

Politicians seeking to diminish Second Amendment rights often couch their views in language that hides their true agenda. But, on January 17 2014, pro-gun advocates were squarely confronted with the contempt in which they are held by some political elites. Speaking on “The Capitol Pressroom” public radio program, Governor Andrew Cuomo labeled gun rights supporters who are “pro-assault weapon” and critical of his so-called safe Act as “extreme conservatives” who“have no place in the state of New York.” Ironically, this statement says more about Cuomo himself than those he attacks. Besides being arrogant and dismissive, these comments ignore reality in the Empire State. The safe Act was passed under cover of night, and bypassed normal legislative procedures. Its own proponents obviously knew it would be controversial. Indeed, opposition to the law has been widespread, including among law enforcement groups such as theNew York State Sheriffs’ Association. Further, the constitutionality of the act is still being litigated. As noted elsewhere, a case supported by NRA and the New York State Rifle and Pistol Association challenging the law is progressing through the federal courts, and parts of the law have already been blocked by a federal judge.

Click here to read more.
Posted by Unknown at 6:56 AM