ABC News has released a new photo of the back of George Zimmerman’s head, taken just “three minutes after he shot and killed Trayvon Martin.” His head is brutally bloodied. As the image above shows, there’s blood all over his head, at least two gashes, and a large bruise forming at the top of his head. 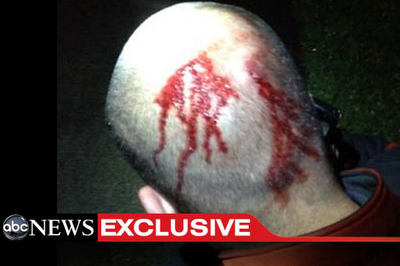 Where are you Al and Jesse??
Posted by Unknown at 4:13 PM