They could be Obama's sons: Twenty blacks attack white male Matthew Owens with chairs, pipes and paint cans, leaving him in critical condition then declaring, "Now that's justice for Trayvon." 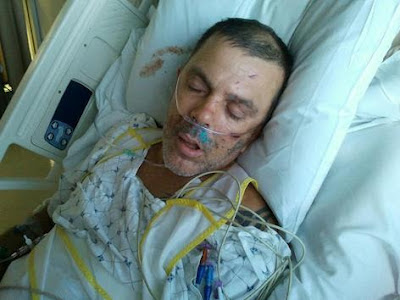 This is the second time in a matter of just a few days (see here also) that blacks have decided to beat up a white male in the name of "justice for Trayvon Martin." I await an Obama presser declaring the need for "some soul searching" and a declaration that they could be his sons -- accompanied by outcries from Al sharpton and Jessie Jackson along with the national liberal media lamenting that the attack was racially motivated and that the victim was "profiled" ... but I won't be holding my breath for that which will never happen since it doesn't fit the liberal-progressive's racialist narrative. Related must-read: Sharpton, Jesse J., Mr. Holder: I'm Calling You Out (Mob-violence instigator Al Sharpton, racial shakedown artist Jesse Jackson, and Honorary New Black Panther (HNBP) Eric Holder now have a test: Do they have any shred of decency, humanity, and justice left in their race-hustling souls?) Hat tip - FireAndreaMitchell.com
Posted by Unknown at 4:39 PM