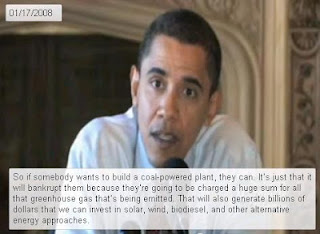 “So if someone wants to build a coal-powered plant, they can. It’s just that it will bankrupt them.”

Patriot Coal Corp filed for bankruptcy on Monday, the first U.S. coal producer to seek court protection since prices began to plummet as electricity producers turned to cheaper natural gas.
The company and nearly 100 affiliates were part of the Chapter 11 filing in the U.S. bankruptcy court in Manhattan. Patriot said it had $3.57 billion of assets and $3.07 billion of debts, and has arranged for $802 million of financing to help it continue mining and shipments during the reorganization.
Coal producers’ shares have plummeted as natural gas prices tumbled to the lowest in a decade this year, and the U.S. Environmental Protection Agency proposed new rules that would make it nearly impossible to build coal-fired power plants.
Patriot said these factors, weaker economies worldwide and the cancellation of customer contracts led to reduced liquidity and financial flexibility.
While still the largest single fuel for electricity, coal’s share fell to 36 percent in this year’s first quarter from 45 percent a year earlier, according to the Energy Information Administration.

Obama warned us this would happen.
More here.
Posted by Unknown at 6:24 PM